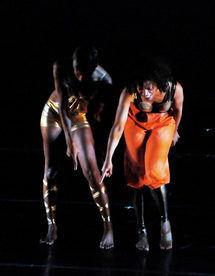 photo: Paul Kopicki
Cynthia Oliver/COCo Dance Theatre takes calypso in and out of the carnival context and layers it with mythology, herstory and dance. It explores music as an agent of Afro-Caribbean cultural, sexual, and gender identity across geographic, national, and aesthetic borders.  Be prepared for truth-telling, innuendo, and rawness!

courtesy of The Painted Bride and COCo Dance Theatre

And how! These women are sublime.––– The New York Times

Pack Up Pack Up/ deGannes & Co. 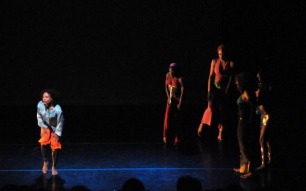 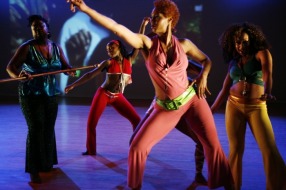 Collaborating with Cynthia Oliver and these five amazing women has been divine. It's like Blackalypso meets Jackie Brown in Port of Spain! --- Nehassaiu