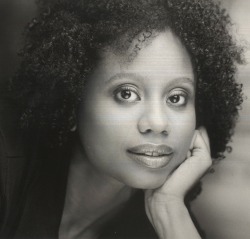 “Catherine does give pause, especially in deGannes’ performance, in which her brimming anger could easily be mistaken as madness. She switches moods with a chameleonlike [sic] dexterity, be it sparring with her sister, flirting with Hal… or simply speaking with her father… In short Catherine is a handful, and deGannes plays her with touching believability. It’s a wonderfully naturalistic performance in a production, tightly staged by Brian McEleney.”


“… it’s deGannes who’s a delight to watch, as she changes gears so easily and confidently from adoring daughter to uneasy lover and testy sibling.”      –––Channing Gray, The Providence Journal

“deGannes draws your attention from the first moments with her vibrancy, compassion and quickness, all wrapped in a cloud of vulnerability. That’s a good trick, and she does it well.” –––David Howard, The Seekonk Star 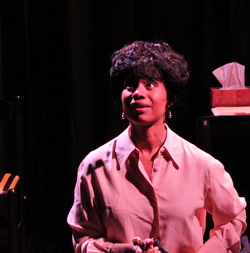 A versatile, determined, and groundbreaking actress who died young and is now largely forgotten, Diana Sands deserves any overdue remembrance of and tribute to her life and career. The great news about “Diana Sands: A Certain Toughness of Spirit” is that Nehassaiu deGannes is the ideal surrogate for Sands. Bearing a strong physical resemblance to the actress, down to a spot-on wig, the youthful deGannes clearly understands and communicates her subject’s feisty dedication to her career, leavened by a sunny optimism and occasional moments of vulnerability.
–––Backstage
photo credit: Jonathan Musser

Nehassaiu brings compassion and sensitivity to her portrayal of "The Nurse" in Sir Peter Shaffer's award-winning play, EQUUS, directed by Tony Walton and starring Alec Baldwin and Sam Underwood. Later that same summer, at Oldcastle Theatre where Melissa Leo had starred in recent years, Nehassaiu is "Nurse Betty," in the Equity premiere of late poet-playwright David Budbill's A SONG FOR MY FATHER. 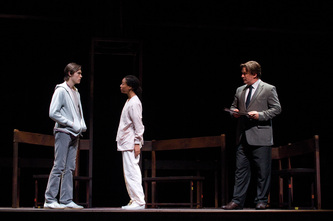 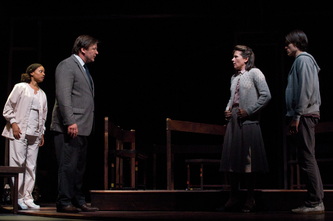 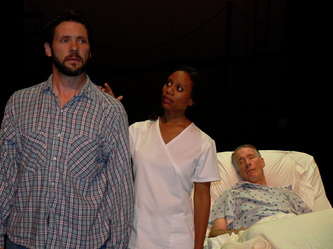 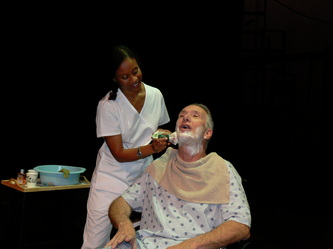 A Preface To The Alien Garden

“Trinity gives Alexander a smoking production, with a blazing turn by Keskhemnu as G Roc, a hypnotic one by Nehassaiu deGannes as Lisa, and a Sportin’ Life-worthy performance by John Douglas Thompson as Slick Rick.”